This article was taken from www.denizcigunlugu.com. 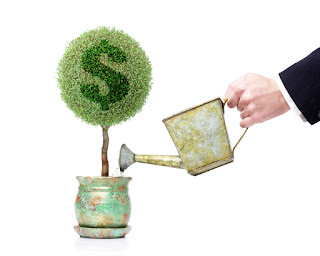 In the first contract, the house area, which is a 30-year captain, and no property, a lifetime of the ship to work without landing in this maritime community has a million euro money.
Seafarers work on average for 6-8 months per year. They have no other income from their pockets. For example, a captain with a salary of 14 thousand TL will work for 6 months and the remaining six months, the salary of 7 thousand TL drops. If we add unnecessary expenses, the couples who work as teachers earn this money are very comfortable.
In addition to this mediocre, there are sailor couples who work as captains/Chief engineers on their husband and wife tanker vessels and have a annual income of 350-400 thousand TL. Of course, if you collect these, one hand won't pass the fingers.
What they have, Marines aren't rich. For the 2nd. No financial support from their families until they become Captain/engineer, and the money they earn is not enough to buy a house. The money earned in this process goes to the overseas holiday, financial support to family-relatives-co-friends, or to a car or motorcycle at most. Captain/2. When they were captains, many were either married or engaged. Wife/lover to leave the sea as soon as possible to get suggestions. In this process, he accumulates a home, a car and a small amount of cash and evaluates the first business opportunity (State/private sector) he finds on land.

Some also raise the standard of life of their family/spouse, so they cannot heed the demands that come from them and work at sea until they die to preserve these standards. Rent a expensive apartment by the sea, send your child to the most expensive private school in town, spend money without a bookless book, luxury curiosity etc. Some sailors want to say stop this, and finally there are dozens of sailors with their mother, father and brother. Despite the advancing age and many diseases, the number of caps that have been aboard and giving their last breath on board is quite high.
Some notice that he has to go back to the ship once he finishes the money he earns on the ship, and he bores himself at the earliest opportunity. The majority of them are not able to adjust their hand and will have to work withstanding to pay a large amount of debt.
The sailor needs to work on the ship continuously to protect the salary advantage. If you know a few sailors around you, know that the man has no more gain than an ordinary officer's winnings.
Capers often say they don't see the benefit of the money they earn, and they connect it to people who have the money they earn (relatives, co-friends, the black personnel of the maritime Company).
Every penny of the money that the well-intentioned and hardworking personnel have gained in this profession is helalous. The work done is not to collect money from the money tree on the 8-17 ship with white uniforms as everyone thinks. To work under the risk of excessive liability, stress, fatigue, family homesick, high accident… Every nephew is not a mortar.

How long are the captain's salaries? 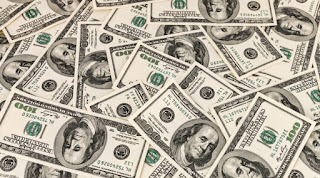 The salaries of staff working at sea are usually a high amount of country standards. Salaries The root salary, extra (bonus), may change in the form of overtime. Most companies send their employees to the ship, all in return for salaries. However, as a sector that is very rapidly affected by the crisis, crisis management's first-hand expenditure personnel expenses. It seems that the deduction from the salary, fixing the dollar rate…
The deck and machine departments on the ships receive the same salary. The staff working in the remote line receives more salary than employees working near the line. Personnel working on chemical Tanker/Tanker vessels receive the most salary. Turkish personnel mostly work on foreign flag ships and will not be included in any social security system. But, by the new Social Security Act, it is imperative that all citizens be included in the social security system. The average ship staff salaries in the current market are as follows:
Captain: $13000-$6000
2. Captain: $9000-$3500
3. and 4. Captain: $4500-$2250
Chief Engineer: $13000-$6000
2. Engineer: $9000-$3500
3. and 4. Engineer: $4500-$2250
Electrician: $3500-$2000
Reis: $2000-$1250
Machine Lostromosu: $2000-$1250
Master Sailor/oilman: $1500-$1000
Fiter: $2000-$1250
Cook: $2000-$1250
Steot: $1250-$750